‘And the most precious and treasured advice Jan gave me was that I didn’t have to be anybody. Wow. Talk about a shift in perspective. I found it SO liberating!!’ ~ Micheline van de Beken

A few years ago I decided to illustrate a script I had written, somehow, as an experiment of what could be achieved by someone who did not know how to draw or paint.

The result was I did produce something: naïve art at best, but with some appeal to me and to others so that I decided to learn how to draw and proceeded to acquire lots of books and DVDs on how to draw and how to paint.

The progress was slow, with a big drawback – if I may say – when it came to proportions and perspective. I started collecting anything I came across that directly or indirectly related to perspective, but still my drawings left a lot to be desired.

That was until my daughter told me one of her friends had followed an extraordinary drawing course, by Jan Cross, that really taught her how to draw; she was raving about it and was as much delighted as she was surprised by her progress.

The Extraordinary Mind Project name appealed to me straight away as I had been fascinated by all the discoveries of the brain possibilities for the last decade.

And I got more out of the course than I had bargained for.

I soon realized that I had never actually looked at lines and angles of things I supposedly observed. Instead I was seeing an interpretation, a preconceived idea of what was actually before me.

This new way of looking at what is actually there opened the door to a series of improvements in my daily life.

By consciously dropping all preconceived idea of how things should look and be, and concentrating on what is instead, I was able to reorganize my professional activities and all other aspects of my life with more pleasure and self-confidence.

And the most precious and treasured advice Jan gave me during her Extraordinary Mind Project course was that I didn’t have to be anybody. Wow … talk about a shift in perspective. I found it SO liberating!! 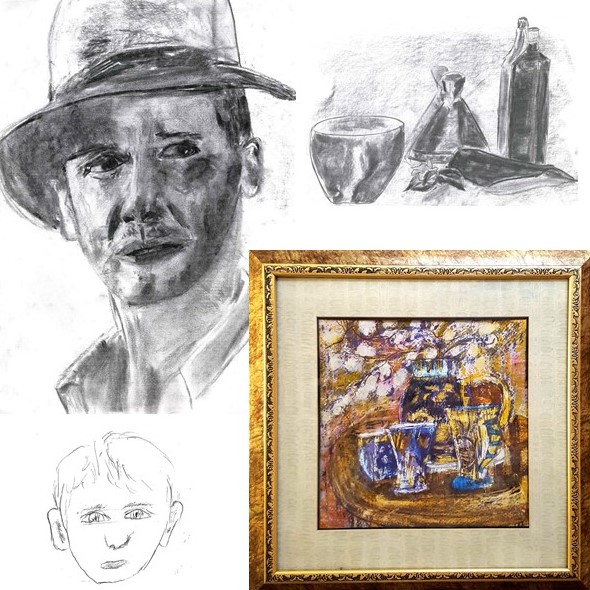 Unlock hidden creativity and creative FLOW state and change what is possible for you to DO and BE. It is a paradigm shifting experience.